The Fairy Realm by Ronan Coghlan 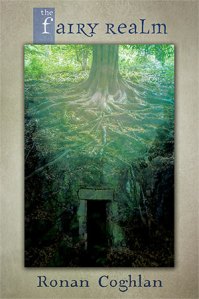 “…Some folklorists contend that even in pagan times a fairy host was believed in alongside the gods and, when Christianity became prevalent, their numbers were buttressed by an influx of gods; but they were always believed to be there. An alternative explanation is that there may once have been, and possibly still are, powerful psychic entities of whom science knows nothing, but who were assumed to be gods by our remote ancestors, and fairies by our more proximate ones…”

While examining various belief traditions across Europe and the United States, The Fairy Realm consults an assemblage of anecdotal evidence as to the existence of fairies and other creatures that appear in fairy tales – giants, ogres, trolls, mermaids, brownies, wildmen, kelpie, puca and other mythological beings. Ronan Coghlan, provides yet another encyclopaedic gem after such works as Dictionary of Irish Myth and Legend, Encyclopaedia of Arthurian Legends, The Robin Hood Companion, Dictionary of Cryptozoology, and Companion to Atlantis and Other Mystery Lands. In this new broad-ranging compendium Coghlan examines an array of alleged fairy sightings in a bold endeavour to find where fairies fit into the modern scientific concepts of the universe. Unlike myriad books churned out on ghosts and extraterrestrials, this book rigorously tackles the possibility of fairy existence, and in doing so dares to approach all manner of sceptical argument and ‘borderline science.’

Keen to get to the root of fey existence on earth, Coghlan explores the various origins of Fairy and the Faery realm. He begins with accounts from ancient history, various mythic and folkloric sources, as well as fascinating and bold connections to the pre-monotheist pantheons of fallen gods. More surprising perhaps is his impressive catalogue of modern sightings, from the famous Cottingley photographs to the very recent Mothman and Sasquatch phenomena. Unlike other such books, each sighting is sourced with searchable references and the author takes great care in considering the creditability of every eyewitness account. The book then provides a thorough classification of fairies by type and genus, ranging from the more conventional fairies of literature and folklore to an impressive collection of crossover creatures and cryptids that could possibly qualify as being part of the fairy realm. Coghlan discusses their traits and personalities, their possible functions, and whether they exist on the physical or ethereal planes. The work concludes with a marvellous glossary, which will be of great value to explorers of the fey kingdom.

Far from sensationalist, this is the work of a seasoned scholar and experienced academic. Skylight Press is thrilled to publish The Fairy Realm as a serious and genuine primer for all those interested in the world of Fairy.

The Fairy Realm is now available from various retail outlets such as Amazon.com, Amazon.co.uk or direct from the Skylight Press website.

1 Response to The Fairy Realm by Ronan Coghlan