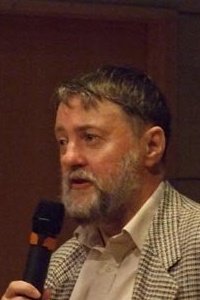 Ronan Coghlan is a unique and multifarious Irish writer from Dublin now living in Bangor, Northern Ireland. A graduate of Trinity College, Dublin, he has served as a schoolteacher for over 20 years, notably at Rockport, Northern Ireland and Hawkhurst Court, Sussex. He has published a voluminous number of books on a wide range of mystical topics: Dictionary of Irish Myth and Legend, Irish Christian Names, Encyclopaedia of Arthurian Legends, Handbook of Fairies, The Robin Hood Companion, Dictionary of Cryptozoology, Cryptosup, Sherlock Holmes and the Heir of Albion, Further Cryptozoology, Companion to Atlantis and Other Mystery Lands, and The Grail.

Perhaps the book he is best known for to date is Encyclopaedia of Arthurian Legends, which sold 120,000 copies worldwide and has been translated into Japanese and Hungarian. This lavishly illustrated volume is a thorough study of Arthurian romance and legend that draws together the different strands of Arthurian myth, from sources as diverse as Geoffrey of Monmouth, Malory, Chrétien de Troyes, the Mabinogion, and the English Gawain cycles. It covers more than 500 years of epic adventures, which have become some of the most potent forces in English literature. Coghlan collates all the different strands of the Arthurian myth, bringing together a wide variety of materials, fully complemented by paintings, engravings, maps and family trees. Indeed The Skeptical Review was decidedly non-sceptical in reviewing the book, as well as the many lectures Coghlan gave surrounding its release:

“I am not sure what I was expecting, but Coghlan sounds a lot like a professor I wish I had at Gettysburg.  While he came across as wonderfully eccentric, he did know his grail lore…”

“Ronan Coghlan is to be congratulated on producing a book that should be on the shelves of everyone who shares his love of the myths and legends of the British Isles.”

Coghlan followed this achievement with equally impressive forays into other mythological subjects. Calmgrove Review praised his Robin Hood Companion as a  “…thoroughly researched volume — which includes a delightfully idiosyncratic A-Z dictionary reflecting the legend’s broad chronological spectrum, a useful bibliography and a modern rendition of A Little Gest of Robin Hood — provides plenty of excuses for the amateur cultural historian to dip into its pages. “ His Companion to Atlantis and Other Mystery Lands comprises a similar scholastic approach, offering an A-Z guide to Plato’s island as well as the more contentious Mu and Lemuria. Similarly, his various tomes on Cryptozoology provide extensive lists of countless strange beasts said to inhabit the wilder (and sometimes not so wild) parts of our world. Reviewed favourably, this time by Nick Redfern, the book received praise not only for the text but also for the author’s public presentations of it. Speaking on Further Cryptozoology Redfern states:

“I have met Ronan on a couple of occasions at Fortean events in the UK and consider him to be one of the wittiest and most entertaining people in the field of Forteana; and certainly one of the finest lecturers, and someone who can hold an audience spell-bound for hours.”

In addition to the works listed above, Coghlan has also co-authored Mystery Animals of Ireland with Gary Cunningham. This book presents a comprehensive collection of reports concerning unidentified creatures from a wide variety of locations in Ireland. A series of full accounts, together with excellent geographical data, allow the interested reader to form some opinions as to possible identities, while other cases remain stubbornly inexplicable. As well as the usual glossing of lake monsters the volume offers reports on all manner of animal mysteries including mythological monsters, sea serpents, werewolves, hybrids, mermaids, dwarf wolves and the terrible “Master Otter” or dobarchu.

Along with various publishing exploits of his own Coghlan has contributed a number of entries to the Almanach de Bruxelles and supplied information for the second edition of Donald Tuck’s Encyclopedia of Science Fiction and Fantasy.

Married with three children and having held a number of positions in the field of Education, including Schoolmaster, Coghlan continues to teach and lecture as a guest speaker. He is a regular lecturer at ‘The Weird Weekend,’ an event under the aegis of the CFZ, held annually in Devon. The Centre for Fortean Zoology is the largest professional, scientific and full-time organisation in the world dedicated to cryptozoology – the study of unknown animals. What attracts people to his lectures is his dry humour, unorthodox views and a generally eccentric personality, while expatiating on such diverse topics as the paranormal, theology, biblical studies, onomastics, mythology, folklore, medieval legend and etymology. An example of his particular wit can be seen in a blog entry entitled Where do polar bears come from?:

“No, I don’t mean where do they come from today. I mean where did they come from originally? The Smurfit Institute of Genetics at Trinity College, Dublin, have discovered the answer. The remains of a brown bear between 20,000 and 50,000 years old have been found in a cave in Ireland. Use of mitochondrial DNA has shown she is an ancestor of all today’s polar bears. Perhaps the flagging population of polar bears might increase if they were offered a diet of Guinness.”

So with a frothy pint of Ireland’s finest we welcome Ronan Coghlan to the Skylight collective. We look forward to publishing yet another fine work, The Fairy Realm, in the coming weeks.