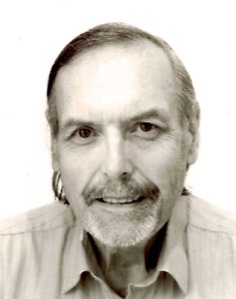 Michael Howard is an Anglo-Irish writer, historical researcher and editor. His work has become well-known and much respected after some 38 books on witchcraft, paganism and western occultism, including various tomes on the Norse-Germanic runes, folk traditions, angelic magic, faery lore, occult secret societies, as well as historical witches and cunning folk. His books draw on his fifty years of experience as a practitioner in the esoteric traditions in addition to numerous in-depth researches into many aspects of occultism, especially in the field of traditional witchcraft and Wicca. Such titles include Children of Cain: A Study of Modern Traditional Witches, West Country Witches, Welsh Wizards and Witches, Modern Wicca: A History from Gerald Gardner to the Present, Secret Societies: Their Influence and Power from Antiquity to the Present Day, The Pillars of Tubal Cain (with Nigel Jackson), The Book of Fallen Angels and many more. He also helped to edit The Roebuck in the Thicket: An Anthology of the Robert Cochrane Witchcraft Tradition with Evan John Jones.

Works like Children of Cain contain detailed historical accounts of the craft traditions as well as studies of many innovative figures from the well known to the obscure. Eminent scholar, Dr. Ronald Hutton (author of The Triumph of the Moon and Pagan Britain), gave it high praise:

“This is the best study yet written of a major set of modern British witchcraft traditions. Enriched by many valuable personal insights, as well as a fair appraisal of the written sources.”

Similarly Julia Philips, Editor of The Wiccan Magazine and founder of the Pan-Pacific Alliance had this to say:

“Thought-provoking and insightful, this is a book for anyone interested in traditional witchcraft and the many characters who have walked the crooked path… a breath of fresh air in a genre that too frequently sees rehashed, poorly researched material masquerading as ‘secrets.’”

“This work is a tour de force . . . and this shows in the wealth of detail and the incisiveness of the text. All lineages, vectors and groups within the Traditional Craft should feel that they have, most certainly, been placed on the map by this work . . .”

Howard is also revered for his pioneering work with The Cauldron witchcraft magazine, edited and published since 1976, which has given him unique insights into historical and modern esotericism. The Cauldron is a non-profit-making, independent, esoteric magazine featuring serious and in-depth articles on Traditional Witchcraft, Wicca, Ancient and Modern Paganism, Magic and Folklore, with a wide readership in the UK, the USA, Canada, Europe and Australasia.  It has been published quarterly in the UK (February, May, August and November) after being founded to cater to pagan witches, giving space in particular to non-Gardnerian traditions of witchcraft and so provided some balance to The Wiccan (now Pagan Dawn), mouthpiece of the Pagan Front (later the Pagan Federation).  Always interesting, sometimes controversial, it is one of the longest running magazines serving the worldwide magical community and this maturity is reflected in its contents as well as the stature of many of its contributors who are leading occultists in the esoteric tradition. Supremely well connected in that tradition, Howard is also a member of the Folklore Society, an Honorary Life Member of thePagan Federation UK and a member of the Friends of the Museum of Witchcraft at Boscastle, Cornwall.