The Singularity of Whirring Vinyl Joy 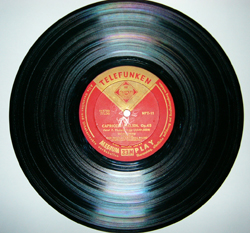 Ah the joy of collecting vinyl… the crackles and pops while you scan through ghost-written liner notes only four record nerds in the entire universe have read in totality… that non-compressed precision in an oh-so-slightly humped side one… where horns have a metallic bite and you smell the rosin dust on the strings because they are so vibrant.  Only a vinyl audiophile knows such unadulterated bliss.

There was the first RCA ‘shaded dog’… the finding 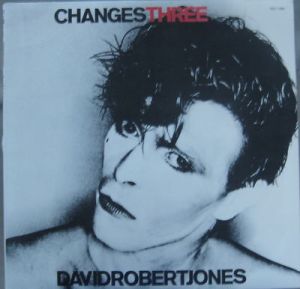 of first edition DG pressings… those rare bootlegs… that centrifugal banana blurring to the Velvet Underground tones.  You learn your Cecile Ousett for Chopin…  your Richter or Brendel for Beethoven… your immortal Jacqueline Du Pre and Sir John Barbirolli performance of the Elgar concerto.  Then there’s finding that ultra-rare David Robert Jones Changes Three… or that eBay conglomeration of early 80s 4AD records… or a pristine collection of early ECM Jazz. 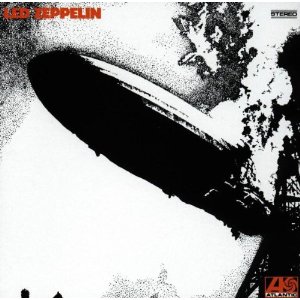 Ah the old double LP spread with artwork to get lost in… the sheer gaudy aplomb of Sgt. Pepper’s… the pink punkesceptic Sex Pistols strip… the Klimptian regurge of Santana… the esoteric minimal dexterity of Pink Floyd… that histrionic zeppelin under photographic gauze… the top-hatted Messianics of T-Rex… the ghostoid space-modics of Bowie… the golden age where mythology embraced kitsch… which cavorted with Art Deco redux… the wastrel production lines of Warhol… and the elegantine neoclassical gothic sheen.

Ah then there was the margins… psychotic spin-cycles for genre-hoppers and culture-melders… Renbourn’s stark mediaeval tinged retro-folk… the first vestiges of Afro-Celt polyglotism… Oldfield’s uilleann guitar croon… the electro-insectoid murmurs of Vangelis… the folklorist dervishes along the borders of new countries… the ectoplasmic whispers of Tomitan disciples… the field assemblage of spiritualists and dreamers… the wax cylinders of possibility whirring up their liquorice dreams of circumstellar Sound.

treasures in a trove of 40s pop sludge and tepid 50s soundtracks.  Blink and you might miss the CCCP White album or those Blue Note first pressings.  You have to find double meanings and double joys in ‘digging’ among those mouldy cellar boxes or dusty long lean-tos at the back of the local thrift n’ jumble.

We are a strange breed, demographically placed somewhere between hipster-nerds and musicology-geeks.  For 33s, 45s, 78s, we ghost into thrift shops, jumble sales, church bazaars, library closeouts, flea markets, estate auctions, garage sales, and the few odd indie record shops that are left standing… just for a flat-disc fix… a rare spinney.  And how we softly rake through the grooves with cleaners and lint-free cloths, religiously baptising a new album to the sanctuary of our burgeoning collection, then wrapping the fading record jacket in new preserving robes.

Oh the solitudinal bliss to be had in the daily heist… a ninth different cellist’s version of Dvorak Concerto… the blue vinyl edition of Superunknown… a stilled sealed Le Voix Bulgares… the seminal My Life in a Bush of Ghosts… an early Fripp & Eno… two pristine Mal Waldron at the Fivespot albums with the immortal Eric Dolphy… the magical Köln Concerts… a smattering of Michael Hedges… and Bauhaus In Flat Field (ah…when Goth was really Goth).

1 Response to The Singularity of Whirring Vinyl Joy