Romance of the Faery Melusine … reviewed

We’ve just received this lovely review from the September issue of the Inner Light Journal. 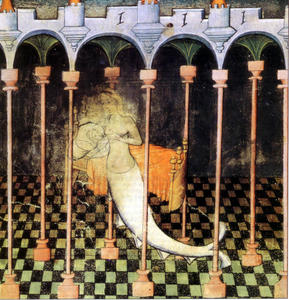 We owe a debt of thanks to Gareth Knight for making André Lebey’s work available to us, in what I found to be a vivid and readable style. It is the mediaeval legend, of course, as we may have learned from Mr. Knight’s previous work, but written as a novel, a very French novel. The style may be seen as florid, in the sense that the French “Great Encyclopaedia of Faeries” may also seem florid, but this attention to detail, colour and romance….and this IS a Romance…bring the tale uniquely alive, the imagery is so vital that it is like watching a film.

As you can probably tell, I loved this book. I read it with the music of  French folkies “Malicorne” playing in the background, and I savoured every word. Yes, the descriptions are so evocative that one can almost taste them!

Lebey/Knight have achieved a hyperrealism through an almost hallucinatory pageant of minutiae which build and heighten the sense of time and place, of mood, of emotion, creating from the bare bones of legend a world entire. And it’s action packed! All human life is there, love and loss, bravery, betrayal…The people are real, though distant in space and time; we are shown, as it were, a myth through a series of masques or tapestries that dazzle and delight the senses.

Comparisons are odious, but if you are thinking to yourself “the reviewer loves it, but will I?” then if you like what Evangeline Walton did with Celtic myth, you probably will. There is in Lebey/Knight’s book a particularly French sensibility which makes it unique, of course. Here is a master of story weaving his magic and bringing the lovely lady Melusine back to us once more, impressing the legend firmly into our mind’s eye.

Run the Daughter of the Soil gardening blog, and Cheltonia, a history of Cheltenham, as well as assorted music stuff.
View all posts by Rebsie →
This entry was posted in Esoteric, Reviews and tagged faery, Gareth Knight, Inner Light Journal, Lusignan, Medieval, Melusine, review. Bookmark the permalink.